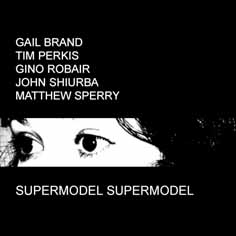 In 2001, John Butcher gave me a copy of the first Lunge CD, BRACED AND FRAMED, which he had released on Acta. The disc featured three musicians I was already familiar with - Phil Durrant, Pat Thomas, and Mark Sanders - and one I had never heard before - Gail Brand - whose playing I enjoyed very much. So, on a whim, I contacted her to see if she would be visiting the States any time soon. She booked a ticket to San Francisco for early February, after I promised her warm, sunny weather and enough gigs to (nearly) fund the trip.

Of course, my interests were completely selfish: I wanted to record with Gail and three of my favourite improvisers (using my favourite engineer) and see if there was any magic in the playing. I was particularly excited about hearing the combined voices of trombone, guitar, electronics, and bass.

During that period, John Shiurba, Tim Perkis, Matthew Sperry, and I were meeting regularly onstage and in the studio in ad hoc situations. So much so, that it began to feel like we were the house band for the ACME Observatory series at the Tuva performance space in Berkeley, California. Based on Gail's playing on the Lunge CD, I was convinced that this quintet could find some common ground and get to that musical point that I loved the most - where it was difficult to tell which instrument was playing at any given time.

As soon as the tape was rolling, the excitement was palpable: the music flowed and we quickly found an ensemble vibe, which continued the following evening at Tuva. Both the playing and group sound lived up to my expectations, and all of us were excited about the musical results. During Gail’s subsequent visits to the Bay Area, we booked additional studio sessions and live performances, and a CD release was planned.

Sadly, on June 5, 2003, Matthew Sperry was struck and killed by a truck while riding his bike to work. The tragic event was devastating to us, both personally and musically. As a tribute to Matthew, we gathered once more - this time as a quartet - for one final recording session.

The music on this CD is an excellent example of what I like most about free improvisation: that musicians can meet for the first time and, without much more than a simple introduction, make exciting and unusual music. And it marks a particularly exciting period for the members of this group. Although I had originally intended this meeting with Gail to be an interesting, yet short-term project, it turned out to be an exceptionally gratifying long-term relationship - one that continues to be musically satisfying.

"Pointless to pick out individual contributions to music as egoless as this, but it confirms Robair's standing as an Improv giant and Brand's as the most exciting trombone player for years."

"Something clearly clicked between the American guys and the British gal. Tim Perkis' electronics, John Shiurba's electric guitar and Robair's various instruments (in addition to percussion, he also plays horns, styrofoam and faux dax on this album) partly invade each other's sonic territory, blurring the distinctions between instrumentalists. The same is true between guitar/bass and trombone/electronics, as Twiggy Twiggy demonstrates. Improvisations are kept rather short (under ten minutes) and unfold naturally, reaching an often surprising but always 'complete' ending. SUPERMODEL SUPERMODEL is not consistently nailing you to your seat, but it works out on various levels: as a solid group effort, as a welcomed addition to Gail Brand's short discography, and as a late testimony to Sperry's creativity and flair."

"This is improv where the musicians seem to delight in the sheer quiddity of sounds, surfaces and textures, producing a kind of overall democratic scribbliness that's too good-humoured to get really abrasive. In some sense all the instruments here are 'percussion', and even when played relatively conventionally often sound like toy instruments, or odds and ends picked up in a rummage sale. SUPERMODEL SUPERMODEL is an album of small but constant pleasures, albeit a little short on the hair-raising moments of sheer rightness that really lift a free-improv album - though the eerie trio Cindy Cindy is certainly one of them. Excellent work from both Brand and Sperry, though the most striking contributions are probably Robair's funhouse percussion and the nasty electrified tandem of Perkis and Shiurba."

"Volatile, fantasy-full, concrete yet uncatchable (and, for someone whose ears are still full of easy-melody wax, probably undesirable), this music succeeds in what Gino Robair auspicates in the liner notes, namely getting to the loved point 'where it's difficult to tell which instrument is playing at any given time'."

"The London-based Brand studied with Veryon Weston and has met critical success with her quartet Lunge with Mark Sanders, Phil Durrant and Pat Thomas. Her very 'human-voiced' trombone is a remarkable feature here, as are the laptop electronics of Tim Perkis. Known for his work with the Natto Quartet, he is rather inconspicuous throughout. His manipulations support, accent and finish a thought here and there.

The three sessions sadly bid farewell to bassist Matthew Sperry, who was killed while bicycling in 2003. The improvising bass heard here is a clear distinct voice, almost playing a straight role in parts. John Shiurba's guitar tears some nasty threads on Christy Christy, popping lines around Perkis' surges. In other places the guitar work is simpler and almost child-like. Twiggy Twiggy is a meditation on short breaths, seemingly every member drops short bursts of exhalation before resolution into silence. Robair, in the company of these runway exhibitionists we call uber-models, doesn't give us a beat to flounce around to. He sneaks brushes and rubs, plinks and plops down on the collective audience."